Relevance of mercaptans/ thioethers regulations in therapy decisions in endodontics

Scientific Notification of the German Society of Endodontology and Dental Traumatology

Recently in holistic dentistry, more statements are spread that non-vital teeth and root canal treated teeth release mercaptans and thioethers. These products are expected to cause a postulated direct toxic effect as well as pathological immune reactions. In reference to a study by Jacobi-Gresser et al. [2], it is stated that the laboratory results can be impacted significantly by retreatment of a root canal treatment or a tooth extraction. It is therefore suggested that at allegedly increased laboratory values an extraction of a tooth with a non-vital pulp or that has already been root canal treated is indicated.

Mercaptans are aromatic or ali­phatic thioalcohols, give off a very unpleasant odor and result from degradation and the decomposition process of organic material. They naturally act as flavoring substances in milk, cheese, onion, garlic, coffee aroma and nuts. Methanthiole (methyl mercaptan) forms during bacterial protein degradation, amongst others also in human saliva. It is the main cause of halitosis, however, it also exists physiologically in the blood, brain and other human organs. Mercaptans are produced daily during the anaerobic metabolization of intestinal proteins. Increased methyl mercaptan-values in air were found in decompensated liver cirrhosis [6], and in patients with periodontal diseases [5] or gastric ulcers and tumors [4].

Thioethers are sulfur analogues of ethers, mostly insoluble in water and have an extremely unpleasant odor. The dimethyl sulfide results from the decomposition of sulfurous proteins, but is also responsible for the odor and taste of different types of truffles.

There is no data on how many mercaptans and thioethers have been released from teeth with a non-vital pulp or that have been root canal treated [1].

Therefore, no statement can be made on if and to what extent teeth with a non-vital pulp contribute to a relevant increase of the physiological concentration of these substances in blood, saliva, air or different organs. It seems highly unlikely that the quantity of theoretically formed substances in a non-vital tooth compared to the physiologically produced quantity have any relevance on daily digestion.

According to a current review on this topic [1] only 2 publications from the dental field are available in PubMed [2, 3]. Therefore methyl mercaptans and thioethers present metabolic products of some bacteria found in root canals during the metaboli­zation of peptides rich in cysteine, glutathione and L-methio­nine [2]. Methyl mercaptans and thioethers are then expected to stimulate inflammatory cytokines (IL-1; IL-6) from within the tooth. In this retrospective investigation [2] two groups were formed: the experimental group (n = 53 patients) with clinic and/or radiological references to an insufficient root canal treatment as well as (n = 20 patients) with clinical symptoms and/or „radiological findings“ as well as the control group (n = 31 patients) with one tooth that had been successfully treated endodontically at least 5 years prior. The authors came to the following results:

This described investigation [2] is constantly referenced by advocates of mercaptans/thioethers regulations as scientific justification is supposed to verify the test’s specificity. A critical evaluation of the relevant publication allows the following conclusions:

The tests for mercaptans/thioethers regulations currently provided are all nonspecific, because the origin of the detected mercaptans and thioethers cannot be unequivocally verified. If a dental cause is responsible for the allegedly increased mercaptans and thioethers values can be concluded under no circumstances. Therefore, these tests are unfit in the decision-making for teeth with non-vital pulps and root canal treatments and in no way justify a recommendation for extraction. 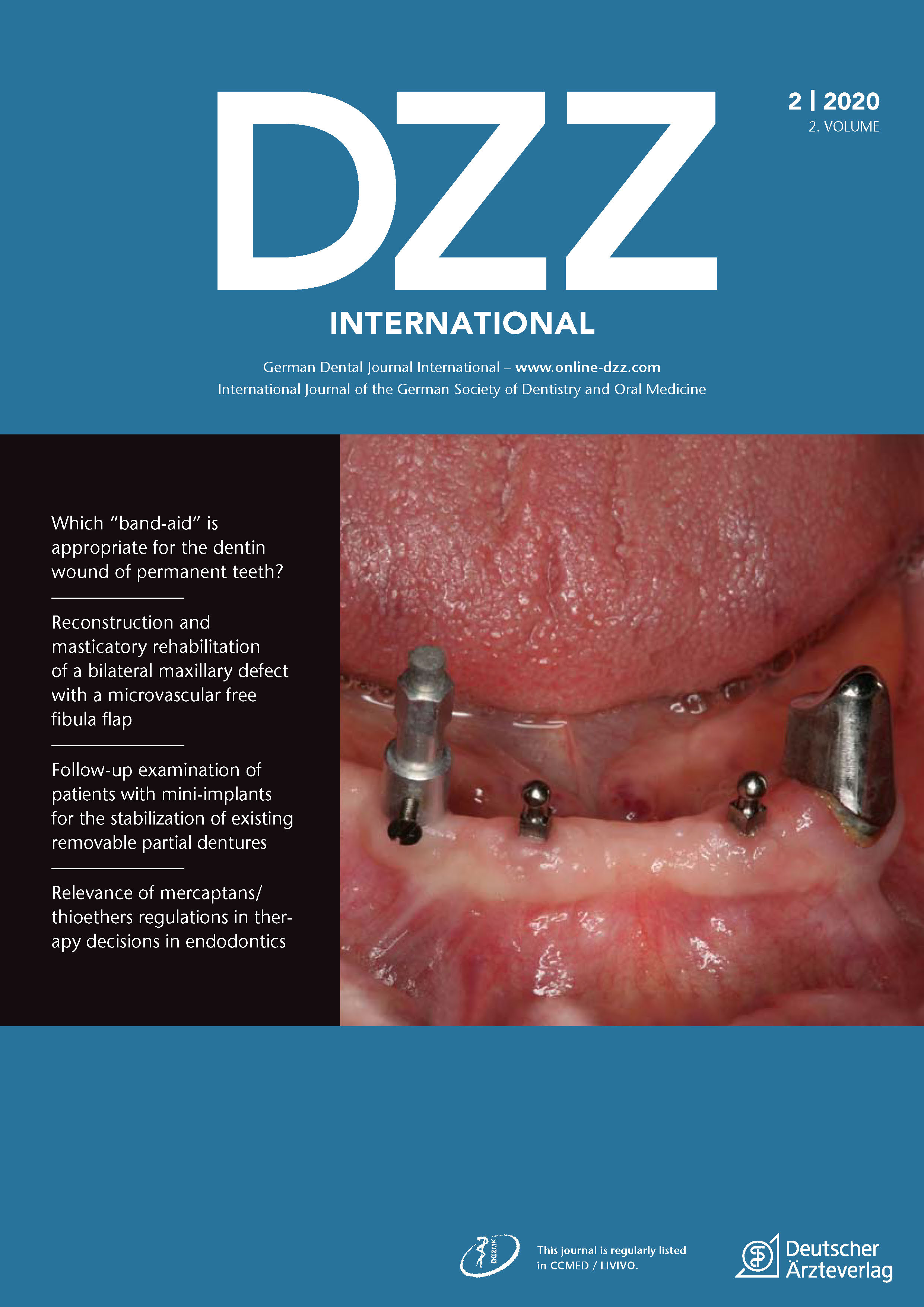